We never had the internet. Music was our language back in the day, just as the internet is common currency for young people today. Music was a sounding board, a common ground but it was more than this: music was a beautiful field of fantasy. My mate Michael had a vast collection of LP records kept in beer crates on his bedroom floor. The crates covered the floor – he must’ve had at least 200 records. This represented an addiction. Records were expensive then so he spent every penny he had buying new music. Exploring avenues of blues or American or British music and even local music. There was hardly space to sit down between the records and the old NME magazines which used to take about two months to be sent over from London to New Zealand on a ship. We would sit on the floor of his room reading those NME’s like a holy book and listening devoutly to Hendrix, Dylan, the Stones, Patti Smith, Little Feat or David Bowie. LPs were the ultimate in music worship. It is no coincidence that today, some 30 years after this ancient technology has peaked, LPs are making a small but stubborn comeback. An LP represents music devotion: you can hold an LP, read the lyrics of songs and gaze mesmerised at the artwork. The truly great albums of the time were beautiful works of art – David Bowie’s Ziggy Stardust and Diamond Dogs; early ZoSo with the naked children on Houses of the Holy and the Beatles’ White Album or Abbey Road; Stevie Wonder’s Innervisions, a record that emerged from the very crevices of Stevie’s mind; on which he played every instrument, wrote every song and sang every lyric. The mosaic of improvisation on Jimmy Hendrix’s Band of Gypsys or the sad Celtic lilt of Van Morrison’s Tupelo Honey. You could hold an LP and stare at it for ages. You could get into it. LPs were a work of art – from the Cream’s Disraeli Gears to Pink Floyd’s  The Dark Side of the Moon; to the most sold record of all time in human history, Peter Frampton’s  Frampton Comes Alive: a double live album which was not heavy rock music but not pop music  either. An album representing the perfect nexus between everything going in popular music at that time – a mix of pop, glam, rock, American and British influence, songwriting with slick live performance. An album perfectly poised to storm the world. 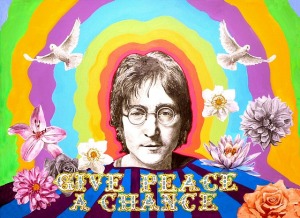 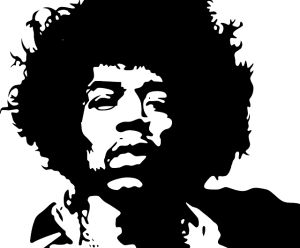